I was planning on posting about our vacation much sooner, but I was busy on the hunt for a job after graduating. I’m happy to say that I’ve found one, and in the food writing industry no less! I’ll be MyRecipes.com’s recipe editor and officially start in two weeks. On top of that Peter and I will be moving soon, so there’s a lot of exciting change happening in our household!

Back to our December vacation though:

It was a challenge to find someplace reasonably priced (and not 100% sketchy) in New York City, but we finally settled for the Harlem YMCA. Our room was a pristinely clean private bunk bed with very nice bathrooms, a simple kitchen with a fridge and microwave, and it was just one block from the subway.

A plus was the good view of Harlem! 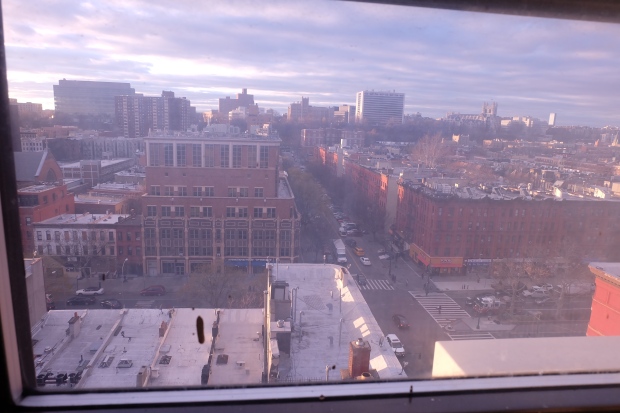 We arrived to the city ridiculously early at the crack of dawn and decided that we would skip the subway and walk the still peaceful streets to Central Park. 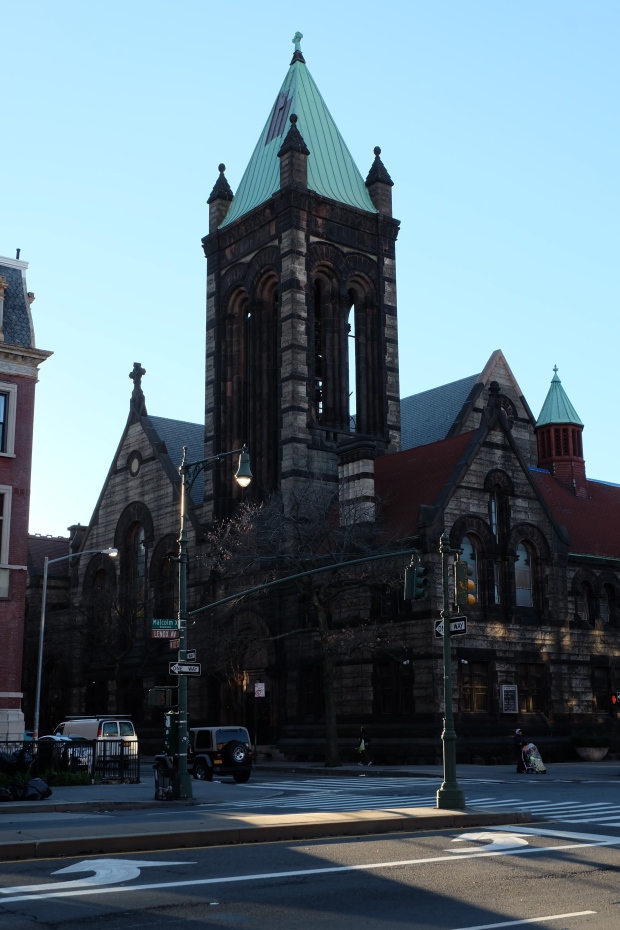 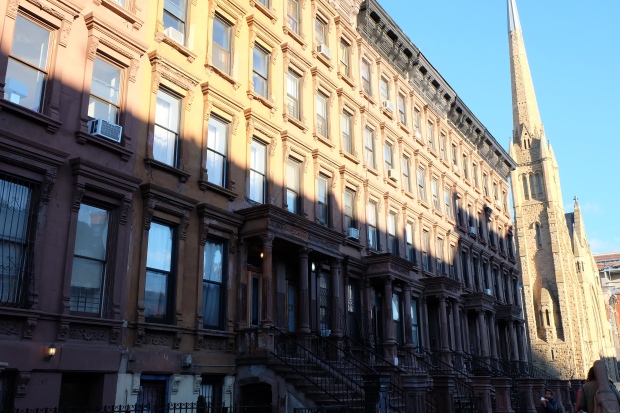 We arrived at the park and spent the next hour wandering around and dodging early morning runners and cyclists. 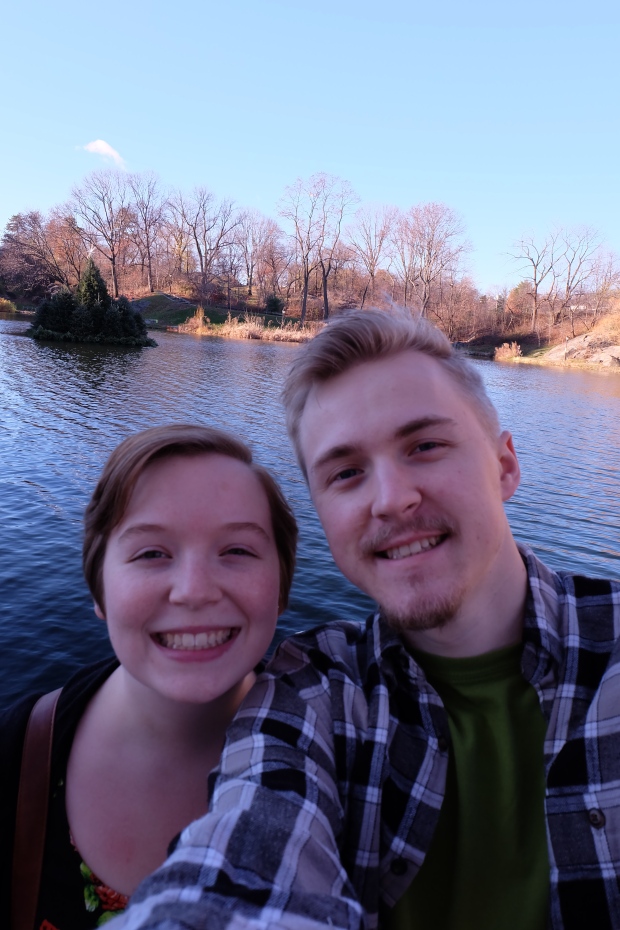 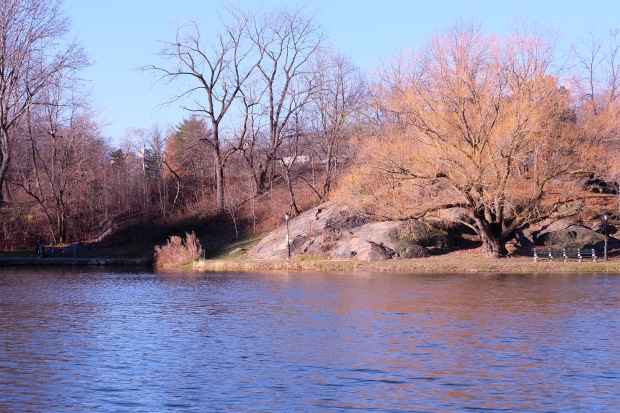 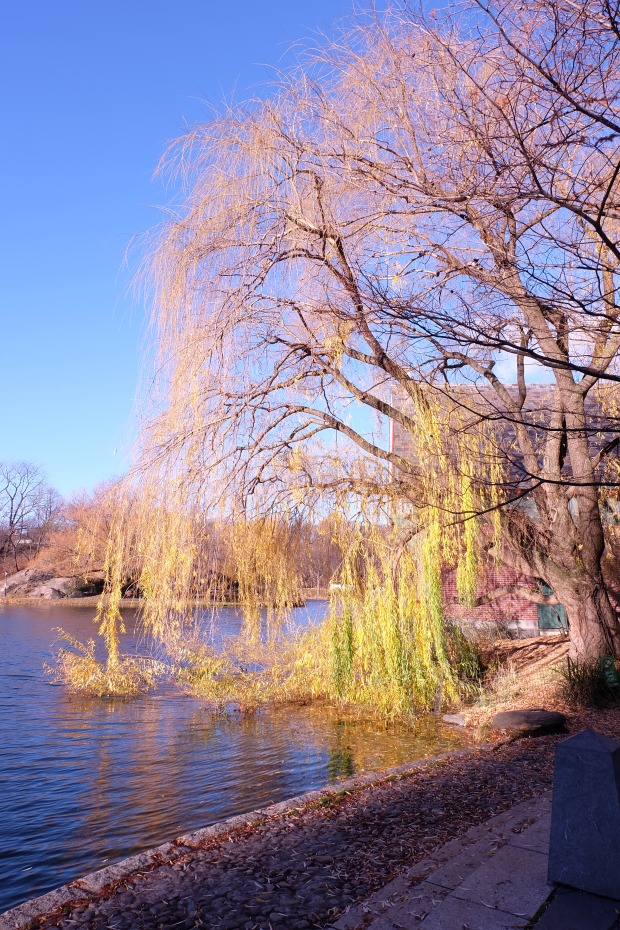 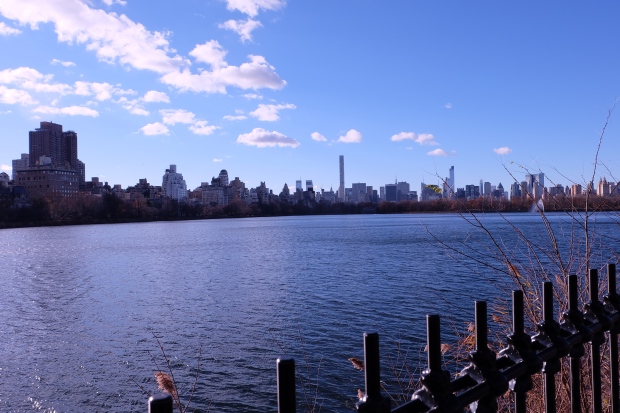 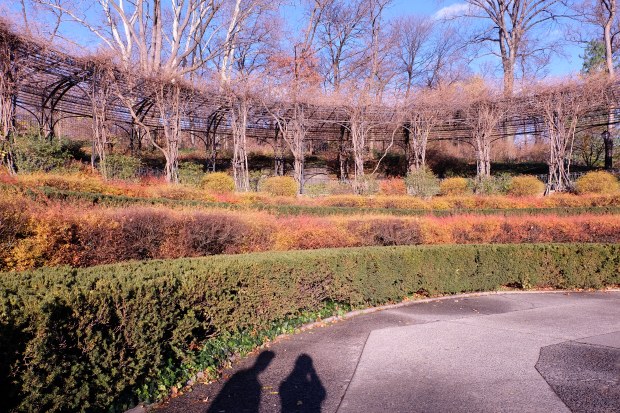 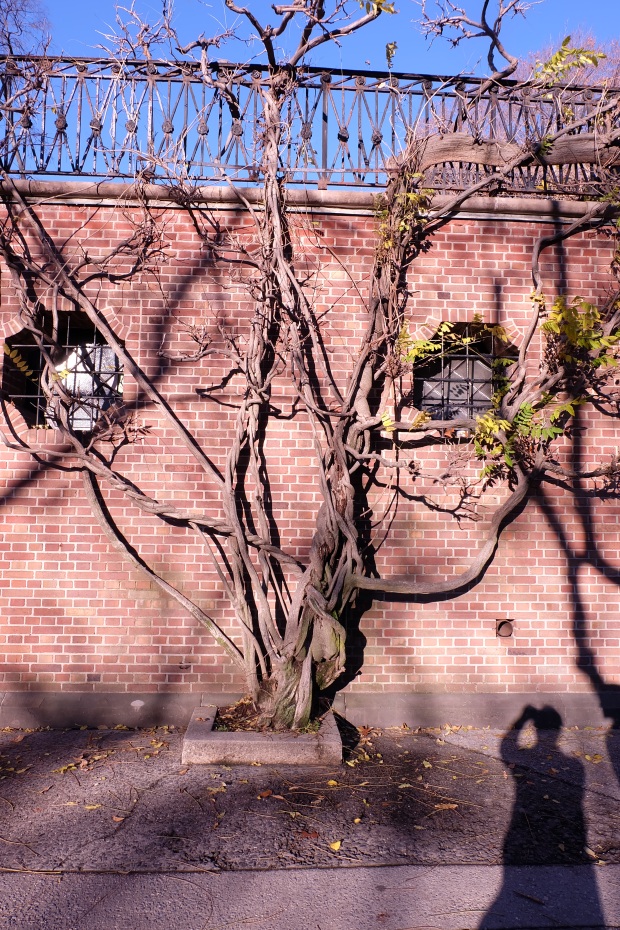 To avoid a hangry meltdown from us both after walking several miles with no food, we ate breakfast. We found a small, unmarked food truck (we’re still not sure it was legal) that was whipping out sandwiches. Peter got an egg and cheese and I got a PB&J on a plain bagel. Both sandwiches were toasted on the griddle and delightfully warm after being in the cold wind for a while.

Ready to give our feet a rest, we jumped on the subway and headed to The New York Public Library. 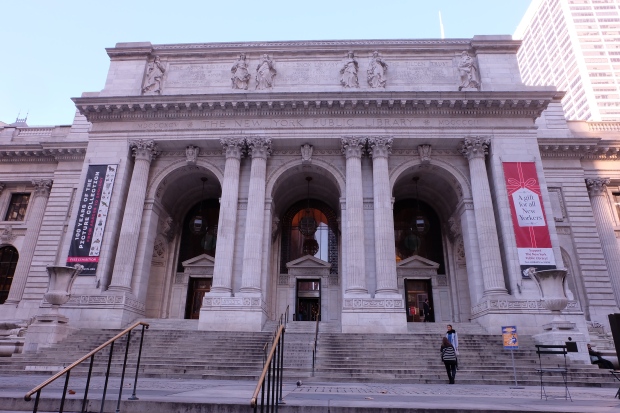 The architecture was everything we hoped for and we spent half the time with heads craned back and mouths open. Sadly, the reading room, which is one of the main attractions for visitors of the library, was closed for ceiling restoration. We’ll just have to add it to our “see it next time” list! 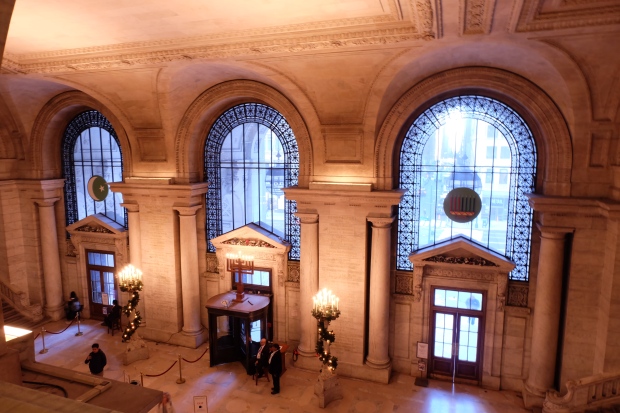 The kid’s room had a rad lego version of the lions on the front steps. 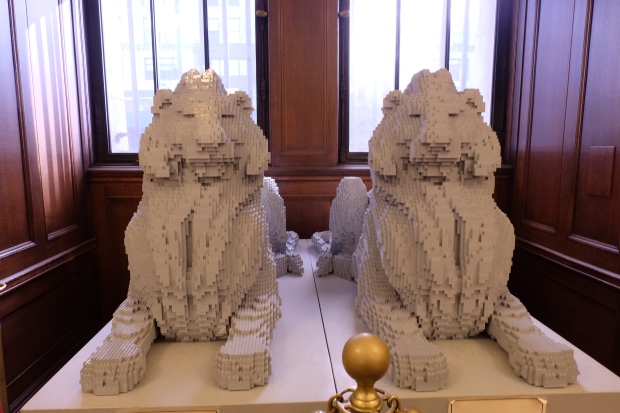 Our next stop was the Morgan Library and Museum. While the picture below is of the original building owned by J.P. Morgan, the actual museum now spans through several buildings with various exhibits and galleries. 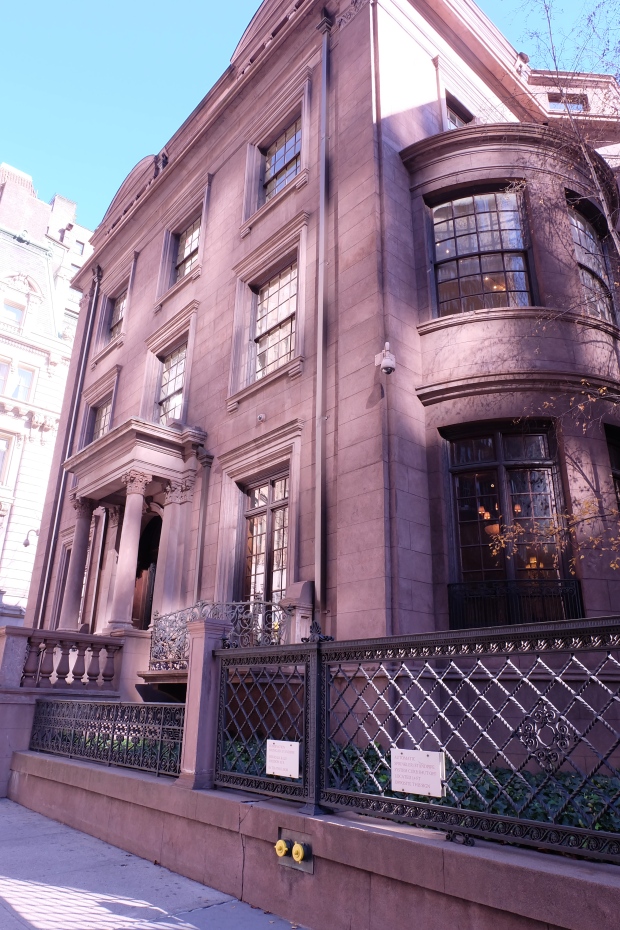 The sheer amount of ornamentation was astounding and down to the most minute parts of the building were embellished. 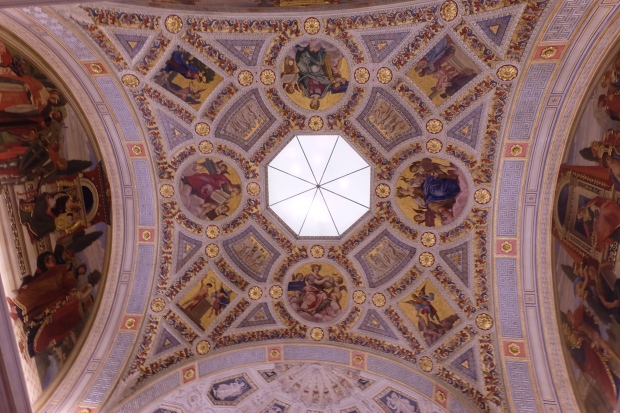 The most stunning part, hands down, was the library. All I could think was “This is my dream!” as we saw the thousands of books. 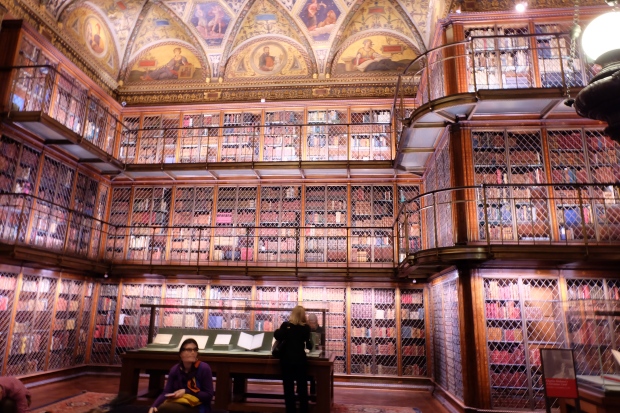 They also had several Medieval manuscripts on display that Peter promptly had a freak out over. 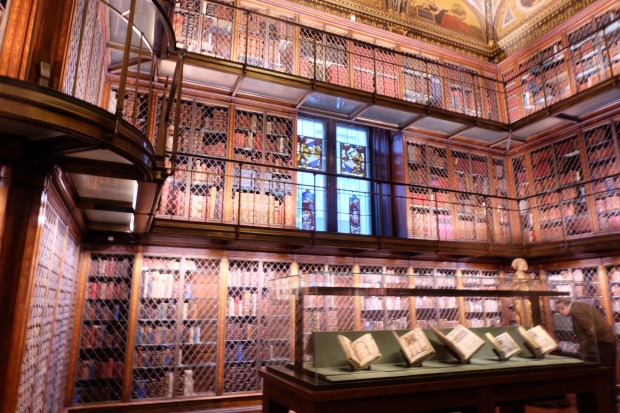 Lunch was at Franchia, a vegan Korean restaurant. We were both really excited to try Korean because despite being voracious eaters of kimchi at home we’d never eaten anything close to the traditional cuisine. Although both of us ended up getting dishes that had names from other countries in it, so it may not have been as traditional as we intended.

I got the Penang Noodles with Spicy Curry and Coconut Broth. I have a weakness for any type of Asian noodles, so this was right up my alley. Not very spicy, but it was a flavorful creamy broth full of vegetables, chunks of tofu and mock chicken, and delightfully chewy noodles. 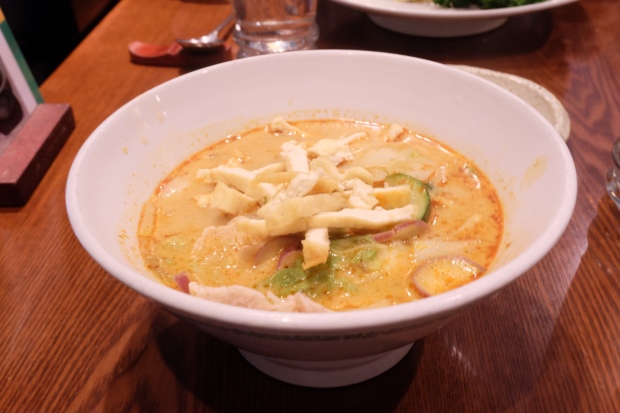 Peter also took the pasta route and chose the Singapore Curry Angel Hair. It was a good size plate of noodles in a thin curry sauce tossed with vegetables and served with lobster balls. The latter was new to us, and it tasted like a soft seafood-y meatball. It was a great meal and the service was extremely good with very friendly waiters. 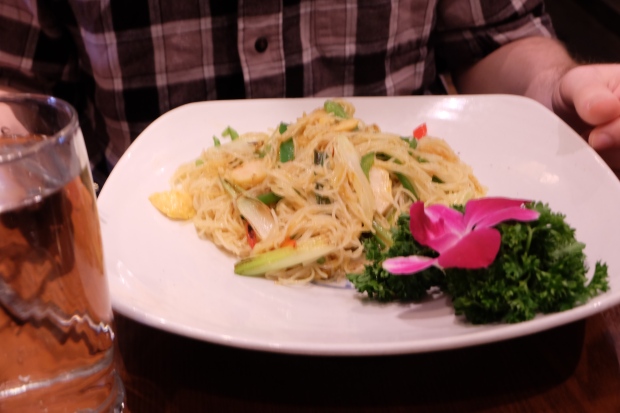 After our lunch we were fairly tired from all we’d packed into the morning, so we went back to the YMCA for a small power nap to regain some energy.

Feeling fresh and ready to go, we went to the most obnoxious of all American landmarks: Time Square. Despite the overwhelming amount of ads and flashing lights, we had a good time people watching and doing what we do best. Eating.

We got snacks and some hot drinks for our frozen bodies from Nuchas, which was a tiny food truck in the thick of things. 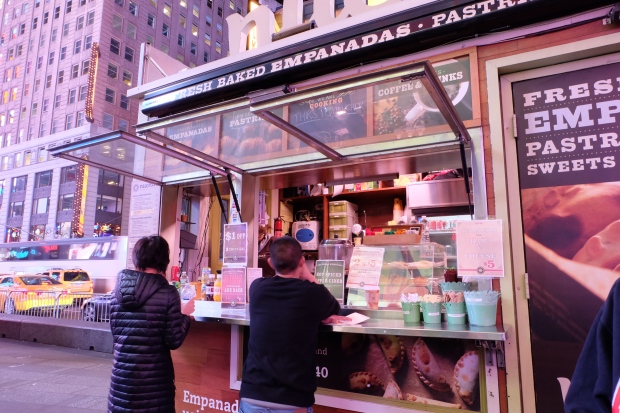 I got an almond milk cappuccino and shiitake curry empanada. They both were great and we had a great time laughing at all the insane people in costumes in the square. 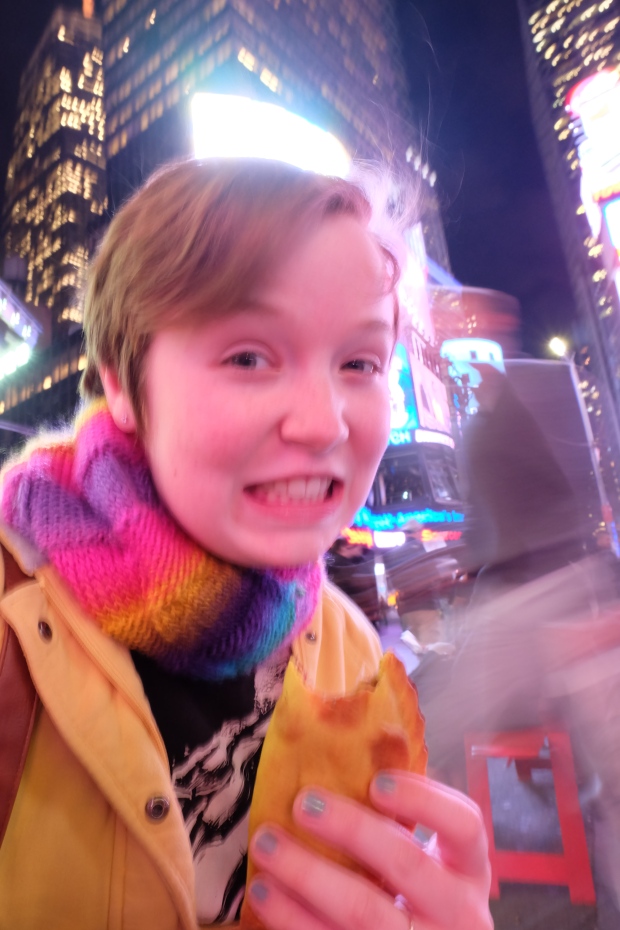 Our personal favorite was the guy who had a giant pot leaf shirt and was carrying around US and UN flags while screaming “LEGALIZE IT!” He wasn’t even asking for money. Just spreading the word, apparently. 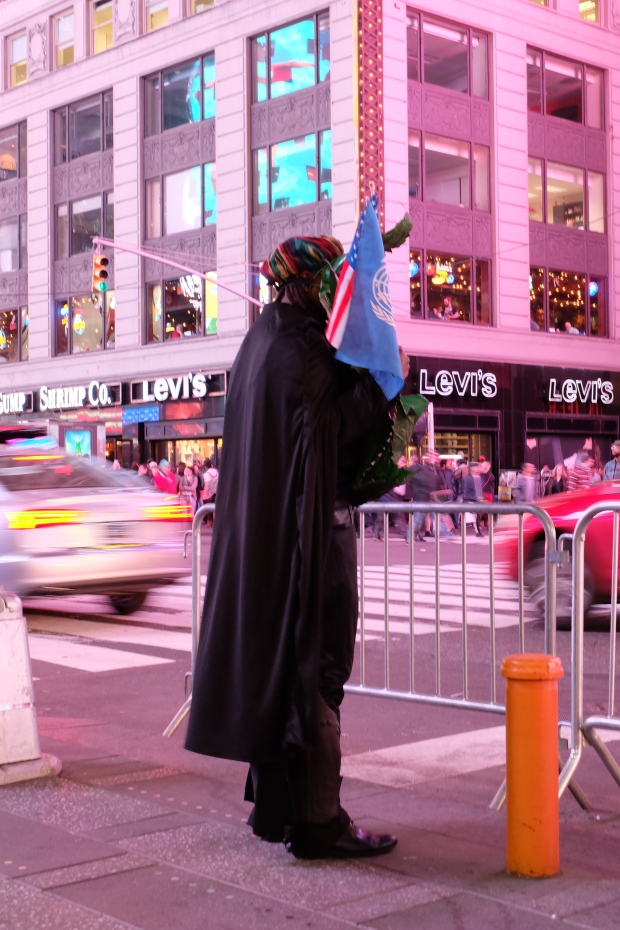 Our main entertainment for the night was Matilda the Musical at the Shubert Theatre. 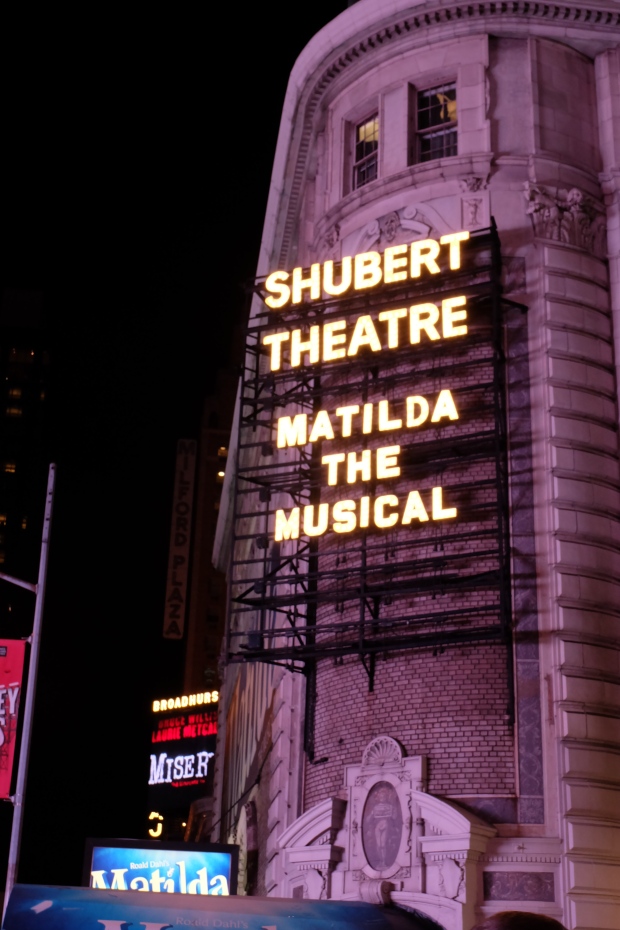 I have to start by saying this was my first Broadway show ever. So I may just be not be used to something of this quality, but Matilda the Musical was the best live performance I’ve ever seen. The cast was amazing, the story was equally funny and melancholy, and the props were so good that when Peter and I left we were still trying to figure out how they did a few of the scenes.

Seriously, if you like Matilda the book or the movie, or you’re just wanting to see a good musical while in NYC, please think about this one. 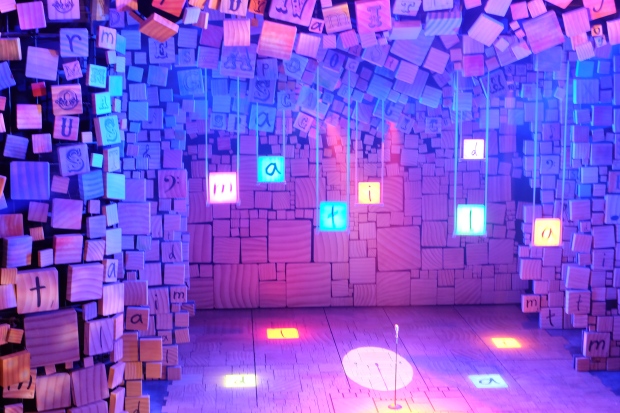 Pizza was something we felt like we had to do in New York. So we chose Pizza Suprema for dinner because of the combination of it being voted best slice in town and they had vegan pizza available! 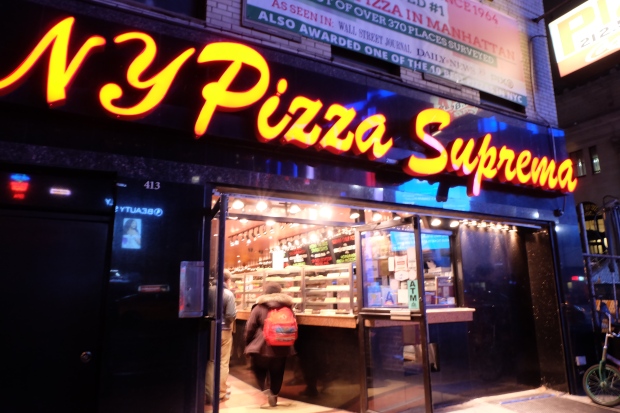 Right after I took this photo the place got ridiculously packed to where people were sharing booths with one another. A good sign when you’re someplace with as many pizza options as NYC. 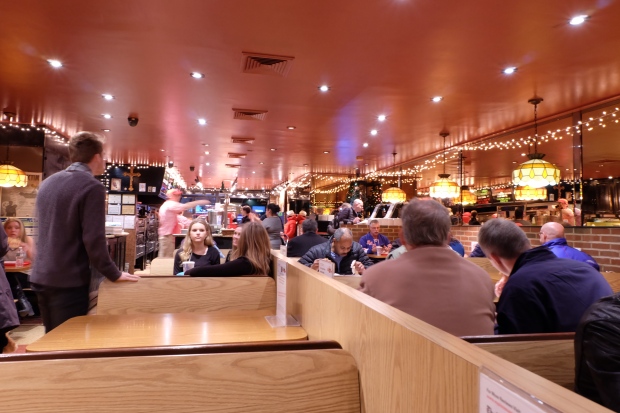 Peter got cheese and I got the vegan. The vegan was chock full mushrooms, tomatoes, bell peppers, onions, and herbs. It was so juicy and good, it didn’t even need vegan cheese or anything. Peter didn’t even have words for his, he just kept going “Mmmmm” with his mouth full. It definitely lived up to our expectations. 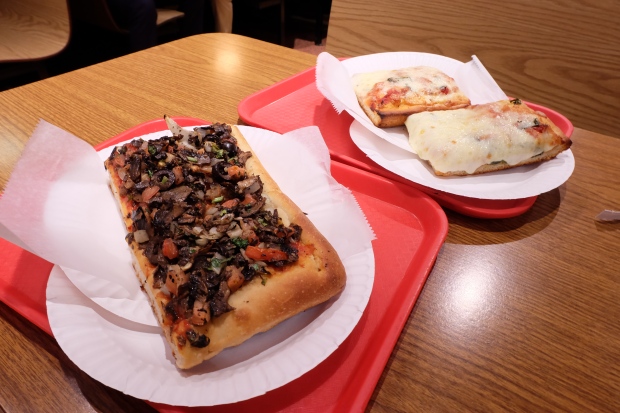 Overall a jam-packed first day in NYC and much more fun to come! 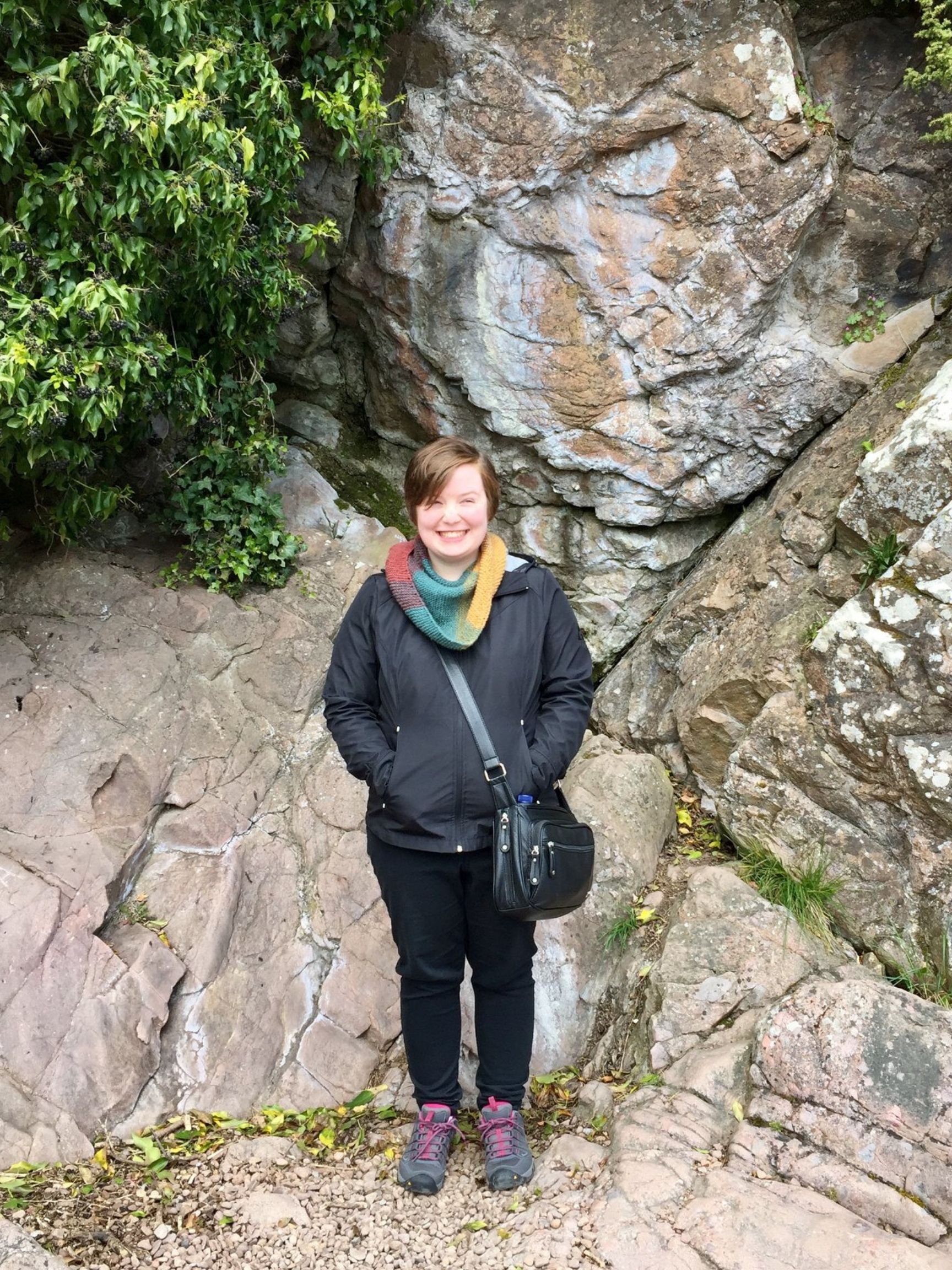